CHATEAU RWEISS Chnaniir was built in 1907 by the priest Boutros Abi Nasr as a private convent that does not belong to a specific congregation.
It contained both a church and a small school with dorms.

Hence, from the get go, CHATEAU RWEISS has been a family legacy. The heirs of the convent decided to sell the property in the year 1969. The civil war of 1975 diminished the convent to sheer wreckage and made it abandoned.

In 2002, one of the heirs of the convent, named Rafic Abi Nasr, a veteran businessman, decided to bring it back, single handedly, from the man to whom it was sold, to the Rafic Abi Nasr's family.

Rafic Abi Nasr did not stop there, but bought twenty thousand square meters of land surrounding the convent. Therefore, the hill named Rweiss in Arabic lives up to its name, which means the hill that overlooks all other hills. 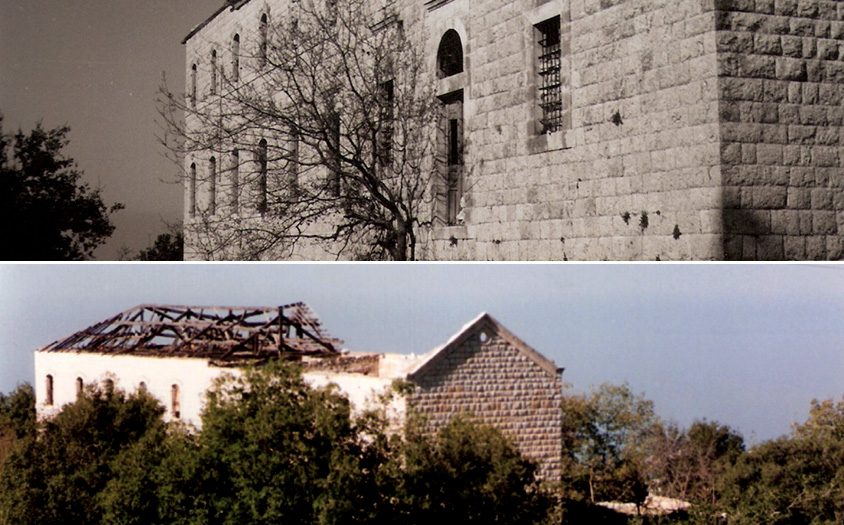 To live up to your dream of having a fairy tale wedding, CHATEAU RWEISS offers you a sacred magical landscape to celebrate your wedding with luxury and refinement. CHATEAU RWEISS is an ideal location to join your love with an enchanting memorable ambience.

Situated in the heart of the beautiful Chnaniir, on the hill that overlooks all other hills, CHATEAU RWEISS surmounts all seven crowns and strategic points of Keserwan Hills.

CHATEAU RWEISS adorns the illuminating bay of Jounieh with its magnificence and decorates the surrounding green mountains with its unique Lebanese traditional architecture.

Only seven minutes from Jounieh Highway and with its 480 meters altitude, CHATEAU RWEISS presents a serene climate and a splendid landscape for its guests.
Benefit from the peaceful atmosphere while admiring the beauty of the traditional Lebanese architecture on which 100 years of history marks the uniqueness of its Aaed and arcades.

On the hill that overlooks all other hills, the shining bride and groom will celebrate the beginning of a new life and spread the passion and eternal love all over the Rweiss Hill.

With its seducing and exceptional charm, CHATEAU RWEISS will make your wedding an extraordinary special day forever engraved in your memory and heart. 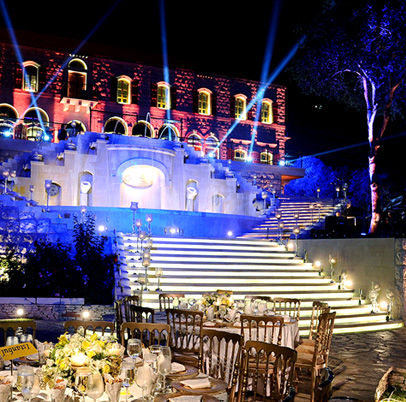 *Corporate events and fashion shows in addition to all kinds of social gatherings.

We aim at being the finest outdoor and indoor venue for high end weddings and celebrations and distinguish ourselves while offering an outstanding service and a never ending commitment to our clients.

We aim at providing our full support combined with the best service personalized to each client. We aim at maintaining a trustful position among our suppliers and competitors.

We aim at developing our database and portfolio of big successful weddings and expanding our public relations among the market.

We aim at becoming a reference in the world of weddings and celebrations where quality and honesty meet service and creativity.

Chateau Rweiss team regroups knowledgeable minds with an experienced background, ready to roll their sleeves and translate their thoughts into action!

CHATEAU RWEISS team is highly skilled and motivated, determined and dependable, and is ready to provide full support for the Bride and Groom to make their night an unforgettable memory.

Are our most important assets, they are the reason of our success, thus we do our best to gain their trust and surpass their expectations.

Our target is to put client satisfaction as high priority in our everyday business, with our after-sale services and extensive follow-up, our client will rest knowing he can depend on our team to make his wedding an unforgettable memory.